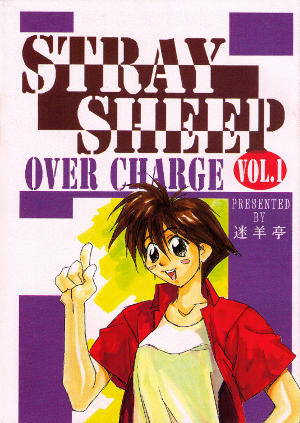 Stray Sheep Volume 1: Over Charge is the first in the Stray Sheep series of artbooks created by Umihara Kawase series character designer Toshinobu Kondo and released through his doujin circle Meiyoutei.

With a total of 52 pages including the covers, Over Charge has a 6 page section dedicated to Umihara Kawase, with illustrations and rough sketches of Kawase.

Over Charge also has sections on the PC Engine Super CD-ROM2 games Ruin: Kami no Isan and Galaxy Deka Gayvan - both games for which Toshinobu Kondo has been involved as the character designer - as well as a section on another Super CD-ROM2 game, The Legend of Xanadu.